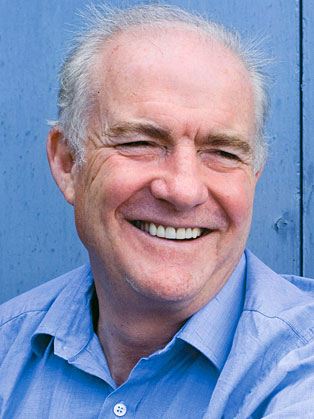 Rick Stein is known for being the chef and owner of “The Seafood Resturant.”

Christopher ‘Rick’ Stein OBE is an English chef, restaurateur, cookery book author and television presenter. He has written 19 cookery books, an autobiography and made 25 cookery programmes. He has also cooked for The Queen and Prince Philip, Tony Blair, Margaret Thatcher and French President, Jacques Chirac.

Rick is best known for a love of fresh seafood and made his name in the 90’s with his earliest books and television series based on his life as chef and owner of The Seafood Restaurant in the fishing port of Padstow on the North Coast of Cornwall. As he said at the time “nothing is more exhilarating than fresh fish simply cooked.”

Since then he has expanded his horizons to cover numerous journeys over the world in search of great dishes, and also increased his business empire.