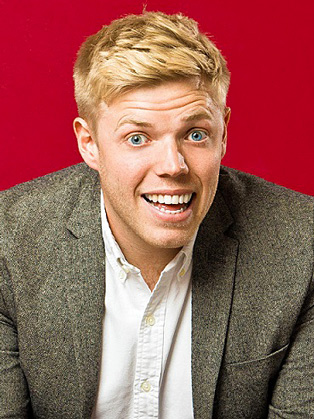 Rob Beckett is an English stand-up comedian and presenter.

Rob started performing stand-up in 2009 and quickly enjoyed success in all of the new comedian competitions winning 4 competitions in his first year. Consistently impressive performances in these competitions, culminated in Rob finishing as a runner up in So You Think You’re Funny and winning the Amused Moose Laugh Off which earned him an invite to perform at Comedy festivals in Australia. At this festival in Adelaide Rob was nominated for the best newcomer award. He made his debut at the Edinburgh Fringe Festival in 2012 with his solo show Rob Beckett’s Summer Holiday.

After quickly establishing himself on the circuit Rob’s cheeky chappy persona saw him winning fans starring on BBC1’s Live At The Apollo, Would I Lie To You, Channel 4’s 8 Out Of 10 Cats, BBC2’s Mock The Week, ITV2’s Celebrity Juice as well as his role as resident comedian in the jungle each year on I’m A Celebrity Get Me Out Of Here Now!

Rob’s debut tour, which finished in spring 2014, saw him playing to sell out venues all over the UK with dates being added due to the phenomenal demand.

Outside the realms of stand-up Rob is also an actor having recently starred in Channel 4’s Fresh Meat.