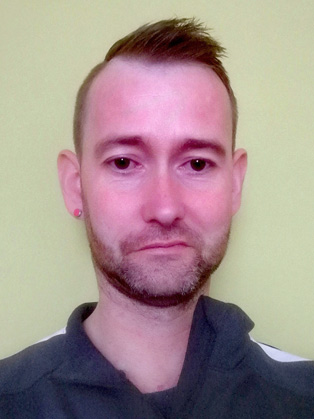 Rob Franks is an inspirational speaker with an incredible life story.

Rob Franks tells the unique and inspirational story of how he overcame adversity to realise his childhood dream.

In 2011 after an injury playing cricket the doctors found a bone tumour in Rob’s distal femur, which was then removed, in early 2012. In late 2013 the tumour had come back and was removed again in early 2014, but this time Rob woke up from the operation to find the surgeon had cut the nerves in his leg, losing the feeling from the knee down and leaving him disabled.

After 5 months Rob was told he could weight bare again on crutches, so Rob started playing disability cricket. However, in his second game he played a shot and his leg snapped in half at the tumour site. Rob underwent treatment in order to rebuild his leg with pins, plates and screws.

Over the course of three years the pain became chronic and unbearable, yet his request to have his leg amputated from above the knee under the NHS was rejected.

This led to Rob setting up a crowd-funding page to pay for his treatment privately. By December 2017 enough money was raised to go ahead with the amputation, which happened on the 21st March 2018.

Since the amputation Rob is a Paralympic hopeful and has represented England in disability cricket.