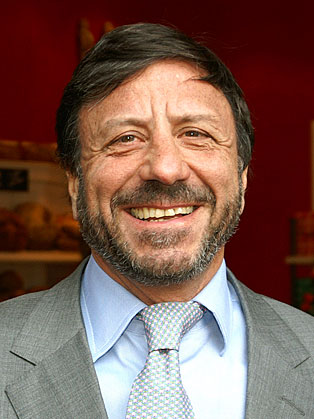 Rocco Forte is an English hotelier.

A veteran of the hospitality industry, Sir Rocco joined Forte Plc in 1969, becoming CEO in 1983 and Chairman in 1992, when he succeeded his father Lord (Charles) Forte, who founded the company in 1934. During his time at Forte, Sir Rocco had responsibility for more than 800 hotels, 1,000 restaurants and almost 100,000 employees in 50 countries around the world. As Chairman, Sir Rocco Forte significantly expanded the overseas operations of the company, with the acquisition of the Meridien Hotel Group from Air France and further transformed Forte from a UK operation to a multi-million pound business and global entity, encompassing several businesses and hotel brands, including notable iconic properties such as Hotel George V in Paris, Sandy Lane in Barbados, Hotel Ritz in Madrid and Hôtel Plaza Athénée in New York. Forte Plc was sold in 1996 following a hostile take-over bid and has since been broken up.

Sir Rocco was knighted in December 1994 for services to the UK tourism industry and received the highest Italian accolade, the Gran Croce dell’Ordine al Merito della Republicca Italiana, for his entrepreneurial merits and strong links with Italy in March 2005. From 1991-1996, he was President of the British Hospitality Association (the main trade body for the UK hotel and catering industry) and has also been an active member of the Executive Committee of the World Travel & Tourism Council.

Born in Bournemouth on 18 January 1945, Sir Rocco was educated at Downside School in England and went on to read modern languages at Pembroke College, Oxford. After graduating, he qualified as a Chartered Accountant in 1969, later becoming a Fellow of the Institute of Chartered Accountants in 1979. Sir Rocco is married to Lady (Aliai) Forte and has three children, Lydia, Irene and Charles.

A keen sportsman, Sir Rocco represented Britain at the World Triathlon Championships in 2001, 2002, 2003 and 2007. In July 2005, he participated in his first Iron Man event at Klagenfurt in Austria, finishing 2nd in his category. A keen long distance runner, Sir Rocco has completed several marathons raising significant amounts for charity. His other interests include shooting and golf. He and Lady Forte are both Trustees of the London Symphony Orchestra.