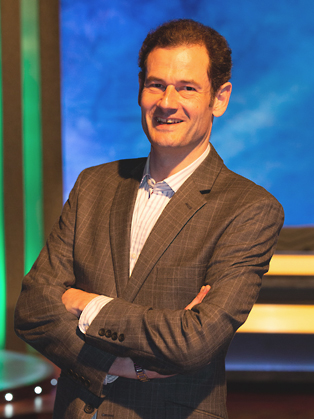 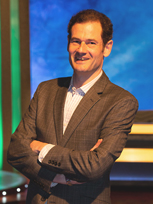 Roger Tilling is best known for being the leading British voiceover artist, television announcer and broadcaster.

Roger Tilling is one of the most well-known and trusted voices on British television being a Voice of God. He is the legendary voice of BBC’s University Challenge, the world’s longest-running TV quiz, pronouncing names like Rubio-Gorrochategui, Tyszczuk-Smith, Garčević, Bhattacharya, Warnakulasuriya, Drnovšek-Zorko and Papaphilippopulos at lightning speed.

With over 25 years of television and radio experience, the UK’s television networks have made Roger their first port of call when a “Voice of God” delivery is needed for major television events and primetime shows, from announcing Her Majesty The Queen at The Royal Variety Performance to The British Soap Awards, and Never Mind The Buzzcocks to Top Gear.

His broadcasting career has spanned every radio airshift around the clock on independent radio, live announcing for the ITV network, as well as voicing trailers of BBC1, BBC2, ITV, Universal, Channel 4, Channel 5, Sky, MTV, Nickelodeon and Cartoon Network.

He’s not just a one-voice wonder. His vocal acting range and versatility means that he is highly sought after for providing character voices for computer games, animated productions and move trailers. His television commercials include everything from I Can’t Believe It’s Not Butter to Shreddies to Peppa Pig. Roger has also narrated over 100 documentaries for BBC, ITV and National Geographic. He also supported his University Challenge colleague Jeremy Paxman vocally in  his Edinburgh Fringe Festival show PAXO.

Having originally graduated with a degree in Aeronautical Engineering from the University of London and subsequently becoming a private pilot, Roger continues to follow all aspects of science, technology and aviation. He also has a strong passion for travelling and his globetrotting has taken him all over the world, including places off the beaten track such as North Korea.