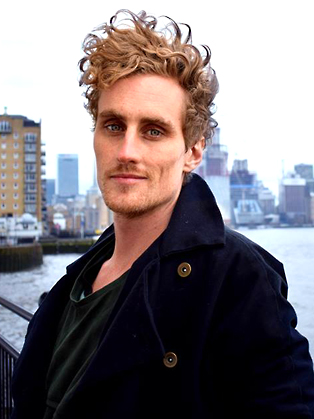 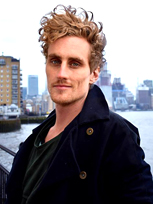 Ronan is a visionary thinker on how organisations can develop at the psychological and cultural level to move from overwhelm to adaptation.

Ronan Harrington is the Founder of Alter Ego, a global network of influential business and political leaders who are pioneering transformative change in organisations and society. Ronan is also a lead strategist for Extinction Rebellion and speaks with enormous insight on XR. In his powerfully honest talks, he shares memorable leadership stories of his successes and failures in bringing transformational change to major organisations. This includes becoming a lead futurist to the British Foreign Office at the age of 25 and one of the youngest executives in the City of London at the age of 27. He speaks, world-wide, on Resilience and Change, Health and Well-being, Adapting to Digital Transformation, Change Management, Employee Engagement, Understanding Millennials and Extinction Rebellion.

"You don't solve your problems, you outgrow them."

With the emergence of mindfulness and vulnerabilty in the workplace, there is a growing demand for developmental thinking: how humans can grow individually and collectively to meet the challenges of our time. Ronan is a leading expert in the space having founded Alter Ego, a global network of influential leaders who are pioneering psychological and cultural development in organisations and society.

Prior to this, Ronan has experienced a prodigious rise to global leadership:

Ronan is visionary thinker on the future of organisations and societies, offering compelling talks on where we are going and who we must become.

Ronan is one of Extinction Rebellion's lead political strategists and one of the architects of the October 2019 Rebellion, a media spokesperson and the face of XR’s daily news show.  While XR have gained notoriety for their disruptive tactics, less celebrated is their sophisticated use of organisational design. The Economist has praised their use of new management thinking to scale so rapidly. Ronan is now available to share the secrets behind Extinction Rebellion's success. How to shift the public narrative on major issues; how to drive deeper engagement with employees and customers through meaning, purpose and belonging; that the climate crisis means for the future of business and society; how Extinction Rebellion's decentralised design has allowed it to scale globally. This is a must see must experience talk for companies and conferences who wish to tap into the zeitgeist of purpose driven movements.

Ronan's talks are powerfully honest. Audiences leave with an understanding of how they can manage their own stress and overwhelm, whilst creating resilient cultures that promote mindfulness, vulnerability and personal growth.

I first met Ronan when he spoke at the Managing Partners’ Forum Strategy Summit in March 2019 and was I completely inspired by his amazing resilience and ability to bounce back. He imparted much food for thought surrounding mindfulness and useful techniques to prevent and overcome adversity. A very entertaining speaker and great guy to know.

Ronan certainly knows how to grab the attention of his audience and take them with him on a journey of discovery and discussion. Never shying from the important elements within a topic, he provides a group safe space to voice opinions and work constructively towards a valuable and commercially relevant outcome.

One of the most powerful speakers out there, a unique ability to communicate complex ideas.

Ronan is one of the most inspiring and touching speakers I know. He truly holds the audience in his hands.