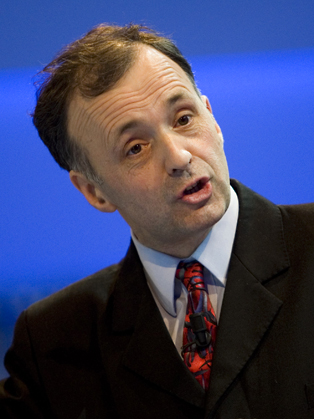 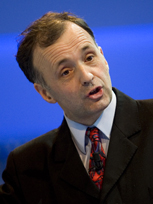 Roy is a specialist conference moderator, an experienced speaker and the author of eight books.

As a moderator, Roy works on high-profile conferences for some of the world's largest and most respected organisations. He has been asked back time and again to moderate 'private' conferences for the Olympic movement held in Lausanne, Beijing and Rio de Janeiro. He has moderated conferences for the world's largest trade association - the ICSC (International Council of Shopping Centers) in Rome, Dubai, Cape Town, Istanbul, New York and their flagship event RECON in Las Vegas (attended by 53,000 delegates).

Roy Sheppard is a specialist conference moderator, relationships speaker and the author of six books. He has vast experience chairing complex, highly confidential and unscripted conference discussions and has moderated large-scale international conferences in almost every business sector.

In 2011, Roy was called in to moderate the World Summit on bidding for future Olympic Games by the International Olympic Committee (IOC). Previously, he had also moderated the global Olympics conferences in Lausanne, Rio de Janeiro and Beijing. He has moderated six conferences for the world’s largest trade association (ICSC – the International Council of Shopping Centers), including Las Vegas when 53,000 delegates attended.

His early career began in television and radio, where he presented music and interview-based programmes. Roy was also involved in production and script writing, but his main area of expertise was in live television. From 1985-91, he was an anchorman of the early evening news for the BBC in London.

He has been a visiting lecturer at Henley School of Management, and at Cranfield University’s full-time MBA course.

A trained therapist, as a relationships speaker, Roy is knowledgeable, funny, inspirational and thought provoking.

His books include “How to Be The One” and “Meet Greet and Prosper”, “Rapid Result Referrals”, “Your Personal Survival Guide to the 21st Century", "Dear Son: What I wish I knew at your age", and "Dear Daughter: What I wish I had known at your age".

Meet Greet & Prosper. How to turn strangers into new friends by making the most of networking opportunities at your event. Ideally, this keynote works best near the start.

Reputation Management. How to develop and enhance your personal and professional reputation.

How to be Upbeat in a Downbeat World. Have you ever been taught how to be happy? Indeed, is that possible? Roy says “yes” and shares practical ideas on how to be genuinely upbeat about life and work. WARNING: This talk was the subject of a ‘complaint’ by a delegate outside a breakout room. “The audience were making too much noise because they were enjoying themselves too much!”

“I was lucky to meet Roy twice when we at EMA Partners International hired him to present his word-of mouth marketing concepts and moderate panel discussions at our global Partner meetings. In both occasions he managed to take the audience (and headhunters are not an easy audience at all!) and keep it throughout the session. I personally learned a lot from him and his books. If there's a chance to use his services in the future, I would certainly take it.”

“We engaged Roy for a major 3 day event in Barcelona at the end of April 2012 that was attended by over 500 customers, press and staff from across the globe. Roy provided the role of host and facilitator for the Keynote Presentations and I can attest that Roy  ensured the audience remained attentive and entertained making our job of delivering the business message so much easier. I have no hesitation in recommending Roy to other businesses for their events.”

"Roy is the cheapest insurance I have."