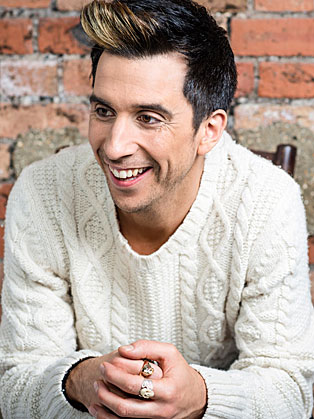 Russell Kane is a well-known stand up comedian.

Russell Kane is an English writer, comedian and actor. He was nominated for the Edinburgh Comedy Awards at the Edinburgh Fringe Festival, winning the main prize in 2010.

Russell Kane started his comedy career in 2004 when he won the Laughing Horse New Act of the Year. This led to Kane joining the national Paramount Edinburgh and Beyond tour in 2005. He has appeared on various comedy panels and has filmed four other live stand-up performances to date.

In 2006, he took his debut comedy show The Theory of Pretension to the Edinburgh Fringe Festival where he received an Edinburgh Comedy award nomination. He presented Big Brother’s Big Mouth on E4 in 2007 and later that year toured again with the Edinburgh and Beyond Tour.

In 2008 Kane performed on the popular comedy programme Live at the Apollo. In 2009, he returned to Edinburgh with two new shows one entitled Fakespeare which is a play, and his new Stand up show Human Dressage. His Fakespeare play, a sell-out success and Human Dressage saw him nominated for the Edinburgh Comedy Award for the third time.

He appeared on the presenting team of the 2009 ITV2 Show – I'm a Celebrity Get Me Out of Here Now, a role which he reprised for the 2010 and 2011 edition of the show, where he co-hosted with Laura Whitmore and Joe Swash.

In 2013 his newest chat show with Greg James, Staying In, premiered.