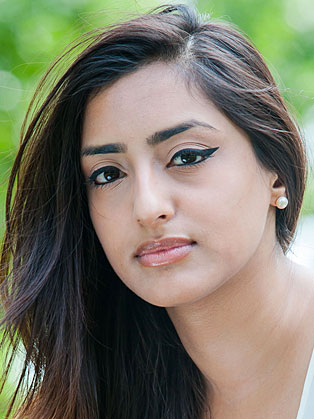 Sarah Begum is an extraordinary Anthropologist and Explorer and inspiring filmmaker who is the youngest female Documentarian to produce a film in the Amazon Rainforest.

A Fellow of the Royal Geographical Society and member of the World Explorer’s Bureau, Sarah Begum is an Immersive Investigative Journalist and an Anthropologist-Explorer. In 2010, Sarah’s curiosity led to the greatest achievement of her life, becoming the youngest female Documentarian at 21 years of age to produce her first film in the Amazon Rainforest.

A Fellow of the Royal Geographical Society and member of the World Explorer’s Bureau, Sarah Begum is an Immersive Investigative Journalist and an Anthropologist-Explorer. Sarah has been exploring the world, studying tribes and different ways of life whilst investigating current affairs and making a humanitarian effort to help people along the way.

In 2010, Sarah travelled deep into the Ecuadorian Amazon Rainforest, where she lived with the Huaorani tribe and immersed in their way of life, hunting with warriors, gathering with women whilst investigating into the impacts of oil exploitation on their land. On this expedition, Sarah was made Queen and married to a warrior to create an alliance and send their message about protecting their land through her film. Sarah became the youngest person to make a first film in the Amazon jungle at the age of 21 with a premiere of “Amazon Souls” held at the Cannes Film Festival in 2013. The film has been endorsed by rainforest charities Sky Rainforest Rescue, Rainforest Alliance, celebrity Adventurer Bear Grylls and continues to play in festivals around the world.

Sarah’s achievements include winning the “Spirit of Adventure Award” from the Captain Scott Society 2014 for her next big expedition, “Life In The Darien Gap”, shortlisted by the SES (Scientific Exploration Society) Explorer of the year Award 2014, Finalist of the Winston Churchill Memorial Trust Fellowship Award 2014, highly commended by The Adventure Fund in association with Sidetracked magazine. Sarah’s photography has been recognised by the Discovery Channel featuring a photo she took with a woman from the Berber tribe who adopted her in the Atlas Mountains. Sarah has survived in some of the most dangerous cities in the world – Caracas, Venezuela being the most interesting time where she spent presenting international current affairs for an English TV channel and witnessed the unusual situations across the country whilst surviving the dangers. She continues to attract recognition from great collaborators and institutions for her work and is always seeking new adventures, collaborating with talents across all industries and breaking barriers.

In February 2014, Sarah collaborated with a World Award Winning body painter and came up with the idea to create, “Adventurion 3D-360″, confirmed by the Guinness World Records as the first ever adventure themed 3D UV chromadepth bodypaint to be captured on both linear and 360 camera lens, representing the past, present and future of exploration. This concept combines adventure, art, science, space and new film technology.

Sarah trains in Krav Maga, the deadliest martial arts used by the Israeli Special Forces and interprets cases for the government using the Bengali language. Sarah is an activist for LGBTQ, environmental, human and women’s rights issues amongst many others.

In 2014, Sarah partnered with Russ Malkin to set up The Adventuress Club, a platform to connect, share, empower and encourage women through the world of adventure. Sarah is a public speaker and through her talks, she aims to inspire people to live their dreams no matter how impossible it may seem.