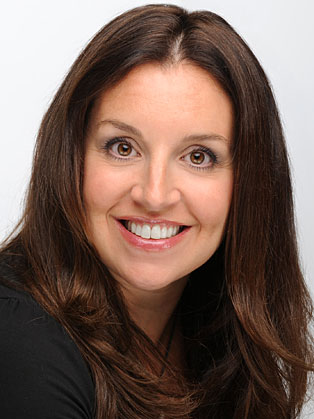 Sarah Willingham is an entrepreneur, investor and former Dragon.

Mumpreneur, Investor and Dragon, Sarah has won multiple entrepreneurial and business awards and has appeared on television programmes as a business expert including 'The Restaurant' and Dragon's Den. Sarah is a popular speaker in the UK and internationally on topics including all aspects of money saving, Leadership and Teamwork, Business Turnarounds, Food, Restaurant, Retail, Leisure industries and Entrepreneurism.

Sarah Willingham is the best known female money saving and consumer champion in the UK. She has made regular appearances on This Morningand Daybreak on ITV1 giving viewer’s tips and advice on how to save money and get the best deals on everything from grocery shopping and household utility bills to car insurance.

Sarah also spreads the word via her consumer facing website www.letssavemoney.com and she is a shareholder in and spokesperson for MySupermarket.com, an online retailer helping consumers save hundreds of pounds a year in their supermarket and health and beauty shopping. She also has a weekly money-saving column in Best magazine.

She is also a non exec Director and Shareholder at BePremiere, a rapidly expanding chain of luxury hair salons in the UK and a board member on the Cranfield School of Management Advisory Board.

As a successful serial entrepreneur, known for turning the Bombay Bicycle Club into the largest chain of Indian restaurants in the UK, Sarah is also a founding director and investor in the London Cocktail Club, a successful chain of cocktail bars in central London, as well as being involved in a number of other food related businesses including promoting food from her home town as patron for 'The Taste of Staffordshire'.

Sarah has appeared on The Apprentice 'You're Fired' and 'You're Hired' as a panellist. She established herself as a presenter and business expert for the BBC, and was acknowledged by Management Today and The Times as one of the ‘35 most successful women under 35’. She was voted Business Weekly's ‘Young Entrepreneur of the Year’ in 2007, one of the ‘Courvoisier Top 500’, ‘Who's Who in British Business Leaders 2007’ and British Telecom's Spokesperson for Small Business Growth.

Sarah is a popular speaker in the UK and internationally on topics including all aspects of money saving, Leadership and Teamwork, Business Turnarounds, Food, Restaurant/Retail/Leisure industries and Entrepreneurism. She has also hosted many large events.  She regularly writes for a number of magazines and newspapers.

She is a charismatic and inspirational keynote speaker, key topics: