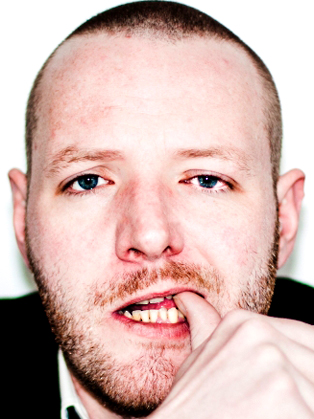 Glaswegian critically acclaimed stand up comedian and compere performing around the UK and internationally.

Across the board critics agreed his sell out Edinburgh 2012 run at The Stand, Tales of the Sauna, was a hit. So much so he has been asked to perform his Tales of The Sauna show in London’s West End at the Soho Theatre.

Agnew is considered one of the best story tellers in the business and is a former journalist with TV presenting credits (MTV, BBC Three, STV) and also radio appearances (BBC Five Live, BBC Radio Scotland, Clyde 1, Galaxy FM) under his belt.

The Scottish Comedian of the Year 2008 has entertained up and down the UK and internationally and is a regular MC and headliner for the likes of Jongleurs, Highlight and The Stand as well as hosting in front of 8000 at Glasgow’s Gay Pride march in 2012.

He will perform at this year’s New York Comedy Festival in November and is also schedule to do a run at the Prague Praha Fringe Festival in May 2013.

In the past he has supported HBO’s Jim Jeffries on the Scottish leg of his tour as well as UK comedy sensation Kevin Bridges at the music festival Rockness, to 12,000 raucous rock fans. His set was so well received he was asked to return as support to Perrier winner the late Sean Hughes at the following year’s festival.

He has also featured on Fringe favourites such as Late’n’Live, Spank and Just the Tonic’s Big Value showcase as well as The stand’s Best of Scottish Shows.

The former journalist’s work at the 2010 Fringe in Edinburgh at the Gilded Balloon led to presenting work on MTV’s MTV Crashes… Glasgow, as well as being featured on STV’s The Hour and BBC Three’s Free Speech.

He debuted at the Fringe in 2009 at The Underbelly to a near sell-out run.

The 6’5” comic has also guested on both BBC 5Live’s Richard Bacon and Victoria Derbyshire shows with several more contributions on BBC Radio Scotland’s Fred McAulayshow and Off The Ball with Tam Cowan and Stuart Cosgrove and contributed to the station’s Newsdrive show.