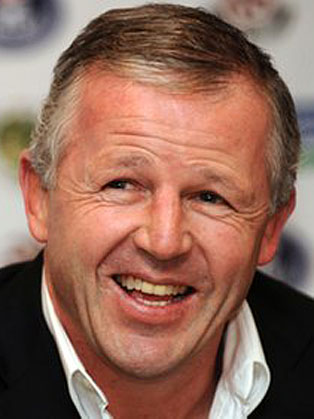 Sean Fitzpatrick is a former Rugby Union player who represented New Zealand and is widely regarded as one of the finest players ever to come from that country.

He is also the son of former player Brian Fitzpatrick.

Sean Fitzpatrick is the Founder and Director of the Front Row Group of Companies, which includes the sport-to-business leadership company Front Row Leadership - offering consultation, leadership and motivational advice to senior global management at companies.

Sean is still very much involved in rugby - he is currently on the Main Board of Directors of Harlequins RFC, an author and journalist to various international publications including "Winning Matters" and his autobiography "Fronting Up", as well as a pundit on Sky Sports and ITV.