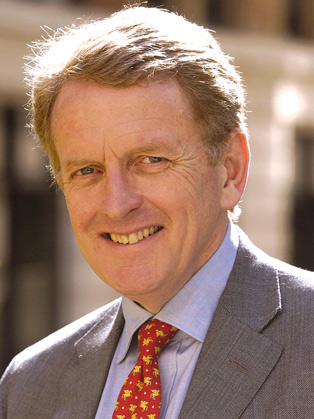 Sir Christopher Meyer, KCMG is a former British Ambassador to the US and chairman of the PCC.

Sir Christopher Meyer, KCMG is a former British Ambassador to the United States, former Ambassador to Germany and the former chairman of the Press Complaints Commission.

Aged just 24, Christopher Meyer, was already entrusted as third secretary to the British embassy in Moscow. Within a year he was appointed as the ambassador’s private secretary. From 1970 to 1973 he was second secretary at the British embassy in Madrid. Then, five years in London saw him, as the head of the Soviet section in the East European and Soviet Department, and then speech-writer to three successive Foreign Secretaries.

After four years in Brussels providing permanent representation to the European Communities, he became political counsellor at the British embassy in Moscow.

Following a posting in Germany as ambassador, Meyer’s final official diplomatic service saw him rise to become British Ambassador to the United States.

Sir Christopher Meyer was posted to Washington as British Ambassador towards the end of the Clinton Presidency. After an extended five year term, he returned to the UK and went on to chair the Press Complaints Commission.

His highly controversial memoirs, DC Confidential, were partly serialised in The Mail and Guardian. Jim Hoagland, the authoritative Washington Post commentator on foreign affairs, described his book as “thorough” and “credible”.

His second book, Getting Our Way, a 500-year history of British diplomacy was accompanied by a BBC 4 television series. The book was also serialised by the Sunday Times and Daily Telegraph.

Meyer went on to present several television and radio documentaries on diplomacy for the BBC, including Mortgaged to the Yanks, Corridors of Power, How to Succeed at Summits, and Lying Abroad.

The Guardian newspaper called his documentary series for Sky Atlantic: ”Networks of Power”, “immensely watchable” and described Meyer himself as “Paxmanesque quizzical, authoritative and faintly mischievous”.