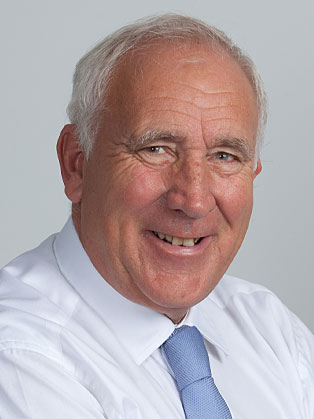 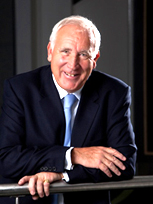 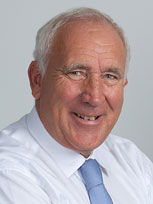 Sir John Timpson CBE is Chairman of The Timpson Group, maverick businessman knighted for services to business and fostering.

Sir John Timpson is chairman of a close-knit family business that stretches back to the end of the 19th century. But it is one of the least traditional companies in the UK.

Sir John Timpson was educated at Oundle and Nottingham University.

The Timpson family business, founded by Sir John’s great grandfather in the 1860’s, was taken over in 1973, but 10 years later Sir John led a £42m management buyout.  In 1987 he sold the shoe shops and concentrated on building the shoe repairing and key cutting business, which has diversified into engraving, watch repairs, dry cleaning and photo processing.

Timpson now has over 2000 branches nationwide, including the Max Spielmann, Johnsons the Cleaners and Snappy Snaps brands. The Group has a turnover of over £300m and profits of over £20m.  It is a private business wholly owned by Sir John Timpson and his family. Timpson is recognised for its creative approach to employee engagement and innovative work helping ex-offenders – it is the UK’s most active employer of people from prison.  In 2018 Sir John chaired an expert panel that made recommendations to government on future plans for Town Centres.

Sir John and his wife were also foster carers for 31 years, during which time they fostered 90 children.

In 2000 he wrote ‘Dear James,’ which passes on to his son James, now Timpson’s CEO, the lessons learned in 25 years as a Chief Executive.  A management maverick, he describes his business philosophy in ‘How to Ride a Giraffe’, ‘Upside Down Management’ and ‘Ask John’. ‘High Street Heroes’ was published in 2015 and ‘Under Orders’ is the diary of a racehorse owners’ husband.  His latest book, ‘Keys to Success’ gives 50 tips from a management maverick.

He has a weekly column in the Daily Telegraph.