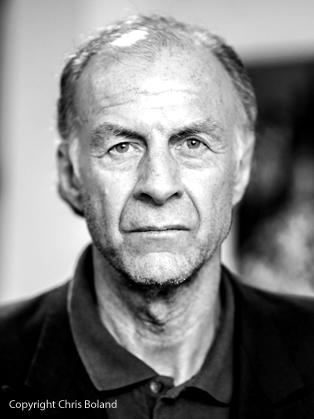 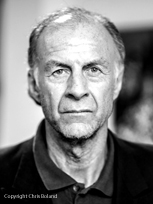 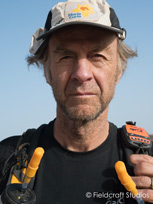 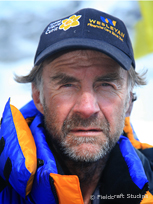 The only man alive to have travelled the surface of the World’s polar axis.

Sir Ranulph Fiennes is an adventurer whose dedication and passion have led him to reach both poles, circumnavigate the world’s Polar Axis and to reach the summit of Everest at the age of 65. He also made it into the record books by completing seven marathons on seven continents (including Antarctica) in seven days. To date, Sir Ranulph has, through his expeditions, raised over £14.2 million for UK charities. He has led 22 major expeditions to remote parts of the world including both Poles. He is also the author of 18 books including The Feather Men, a UK No 1 Best Seller and which in 2011 was released as a major motion picture called Killer Elite.

In 1984 the Guinness Book of Records described Sir Ranulph Fiennes as the “World’s Greatest Living Explorer”.

His expeditions around the world include Transglobe (the world's first surface journey around the world's polar axis) 1979-82; North Polar Unsupported Expedition (furthest north unsuppported record) 1986; Anglo-Soviet North Pole Expedition 1990/91; co-leader of the Ubar Expedition (which in 1991 discovered Ptolomy's long-lost Atlantis of the Sands, the frankincense centre of the world); leader of the Pentland South Pole expedition 1992/93 (which achieved the first unsupported crossing of the Antarctic Continent and the longest unsupported polar journey in history).

In 1993 he was awarded an OBE for “human endeavour and charitable services”.

To date, Sir Ranulph has, through his expeditions, raised over £14.2 million for UK charities. He has led 22 major expeditions to remote parts of the world including both Poles.

In 2003, only 3½ months after a massive heart attack, 3 day coma and double bypass, Ranulph Fiennes (with Mike Stroud) achieved the first 7x7x7 (Seven marathons in only seven days on all seven continents). Achieved world first in 1992/1993 by completing the first unsupported crossing of the Antarctic Continent (with Mike Stroud). This was the longest unsupported polar journey in history.

In 2004 he came second in the International North Pole Marathon and, in 2005, he raised £2m through his ascent to within 300 metres of the Everest summit ridge for the British Heart Foundations new research MRI scanner. In March 2007, he climbed the North Face of the Eiger and raised £1.8m for Marie Curie Cancer Care’s delivering Choice Programme. Also in 2007 Winner of ITV’s Greatest Britons 2007 Sport Award and in May 2008, climbed Everest (Nepal-side) to within 400m from the summit. In May 2009 he successfully summitted Everest, raising nearly £3m for Marie Curie Cancer Care.

He is the author of 25 books including The Feather Men,(a UK No 1 Best Seller and which in 2011 was released as a major motion picture called Killer Elite), Beyond the Limits, Captain Scott, the best-selling biography of 2003 and his latest autobiography, Mad, bad and Dangerous to Know 2007. His latest book My Heroes was published in 2011 and describes the extraordinary and often horrific events that led to ordinary individuals becoming Sir Ranulph's great heroes.

I was enthralled by this presentation, particularly the speaker's sheer resilience and no-nonsense approach to creating and building his team in pursuit of the apparent impossible. He presented in an engaging way greatly facilitated by his common sense approach and humour.

Ranulph was fantastic and the audience were engrossed with his speech the entire time, he was inspiring, witty and really engaging and we had great feedback from our guests on the evening. He really has set the standards for next year’s event.