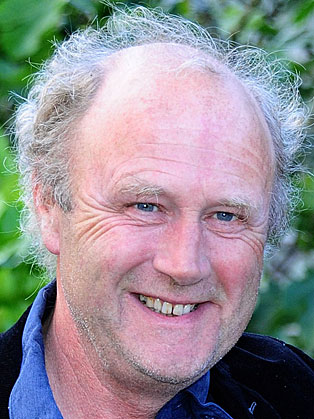 Sir Tim is the co-founder of the Eden Project and Executive Chairman of Eden Regeneration Ltd.

Tim worked in the music industry as a composer/producer in rock and opera before moving to Cornwall and devoting his time to restoring the Lost Gardens of Heligan. He is now known the world over as co-founder and former Chief Executive of the award winning Eden Project. Sir Tim is now the Executive Chairman of Eden Regeneration Ltd.

Sir Tim was born in Holland, and read Archaeology and Anthropology at Durham University. Sir Tim worked for ten years in the music industry as composer/producer in both rock music and opera. In 1987 Sir Tim moved to Cornwall he and John Nelson together ‘discovered’ and then restored the Lost Gardens of Heligan. Sir Tim remains a Director of the gardens to the present day.

Sir Tim is Executive Chairman, Eden Regeneration Ltd, and co-founder of the award-winning Eden Project near St Austell in Cornwall. Eden began as a dream in 1995 and opened its doors to the public in 2000, since when over 15 million people have come to see what was once a sterile pit turned into a cradle of life containing world-class horticulture and startling architecture symbolic of human endeavour. Eden has contributed over £1 billion into the Cornish economy. Eden is proud of its success in changing people’s perception of the potential for and the application of science, by communicating and interpreting scientific concepts through the use of art, drama and storytelling as well as living up to its mission to take a pivotal role in local regeneration. It demonstrates once and for all that sustainability is not about sandals and nut cutlets, it is about good business practice and the citizenship values of the future.

Sir Tim is a Trustee, Patron and Board Member of a number of statutory and voluntary bodies both locally and nationally. He has received a variety of national awards including The Royal Society of Arts Albert Medal. In 2002 he was awarded an Honorary CBE in the New Years Honours List and In January 2011 he was appointed an honorary Knight Commander of the Most Excellent Order of the British Empire (KBE) by Her Majesty the Queen. This appointment was made substantive in June 2012 as he has become a British Citizen. He has received Honorary Doctorates and Fellowships from a number of universities. Sir Tim was voted ‘Great Briton of 2007’ in the Environment category of the Morgan Stanley Great Britons Awards.

In 2011 Sir Tim was given a special award at the Ernst & Young Entrepreneur of the Year Awards, which recognises the contribution of people who inspire others with their vision, leadership and achievement. Sir Tim has taken part in a quantity of television and radio programmes and has been the subject of ‘This is Your Life’ and a guest on ‘Desert Island Discs’. He is a regular speaker at conferences, dinners, awards ceremonies and other events. Sir Tim is the author of books about both Heligan and Eden and he has contributed to publications on a wide variety of subjects. He lives in Lostwithiel, Cornwall and in his free time he enjoys reading, film, music and art.