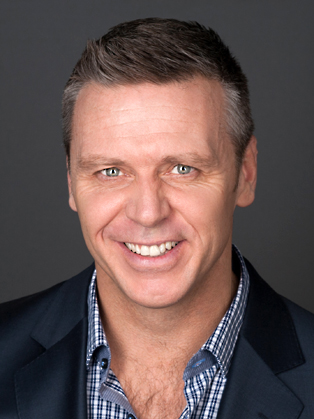 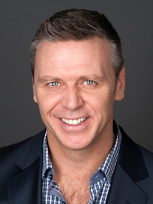 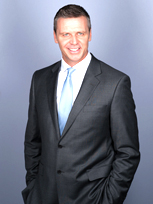 Steve Backley OBE only turned to the javelin after competing in cross-country and middle distance running. He then went on to become four times European champion and winner of three Commonwealth golds, and the only British athlete to win medals at three consecutive Olympic Games. He was ranked in the top ten for a decade, three times as world number one. Steve identifies the three main attributes which lead to success: self-belief, motivation and application. Winning is more than just natural talent. We all have the ability to tap into these natural sources to make the ultimate difference on the day.

After seven Gold medals, three world records, two Olympic silver medals and one bronze, Steve Backley finally hung up his javelin at the 2004 Olympic Games in Athens, showing he was still one of the world’s best by placing 4th in the final.

For over a decade, Steve was one of Britain’s most consistent and popular athletes and established himself as one of the all-time greats of his sport.

A constant member of the British athletics team, standing on podiums and setting world records, Steve is the only British track and field competitor to win medals at three different Olympic Games – Barcelona, Atlanta and Sydney.

He was awarded an MBE in 1995 after winning European and Commonwealth Gold the previous summer.  In 2002, he was awarded the OBE, after being the first British athlete to successfully win four consecutive European Championship titles.

Since retirement from professional sport, Steve has pursued a number of business activities. He is author of three inspirational books – ‘The Winning Mind’, ‘The Little Book of Inspiration’ and, most recently, ‘The Champion in All of Us: 12 Rules for Success’.

With more than eight years’ experience as a corporate speaker, Steve’s clients are delighted with his professional but relaxed delivery of inspirational and practical key messages for self and team improvement paired with amusing anecdotes of Olympics tales.  His affable, laid back nature and ability to communicate with politicians and children alike has made him a hit with a huge range of audiences and the feedback he receives is testament to his great skill in connecting with people from all sectors of business.

London 2012 was an amazing accomplishment for TeamGB and for all of Britain.  Steve was honoured to be in the thick of it as an integral part of the BBC commentary team, as torch bearer and as TeamGB Ambassador in our most successful Games ever.  He knows what it is like both sides of the fence and is able to give a fantastic insight into what it is like to compete on the toughest stage of all…The Olympic Games.

As well as corporate speaker and published author, Steve continues to deliver sports commentary for the BBC and is booked for a range of other media and television appearances. He also concentrates on the training business he established with fellow Olympian Roger Black, ‘BackleyBlack’ – delivering ‘Olympic Performance in the Workplace.’  Steve is also involved with several charities including SportsAid, The Burns Club, and BexleySnap in his home borough.