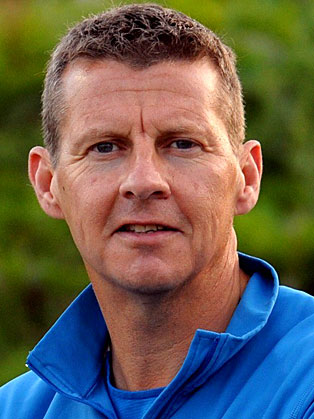 Steve Cram is a British retired track and field athlete.

Steve Cram is a British Icon recognised as one of the finest athletes of his generation. He is a World, Olympic, European and Commonwealth medallist as well as 3 time World Record holder during his illustrious athletic career. He was recognised for his achievements by winning the BBC Sports Personality of the year in 1983, and receiving his MBE in 1986.

Steve Cram CBE is a British retired track and field athlete. Along with fellow Britons Seb Coe and Steve Ovett, he was one of the world’s dominant middle distance runners during the 1980’s. Nicknamed “The Jarrow Arrow” after his hometown, Cram set world records in the 1500 metres, 2000 metres, and the mile during a 19 day period in the summer of 1985. He was the first man to run 1500 metres under 3 minutes and 30 seconds.

In 2008 Cram was appointed Chancellor of the University of Sunderland and in 2009 elected as President of Jarrow and Hebburn Athletics Club.