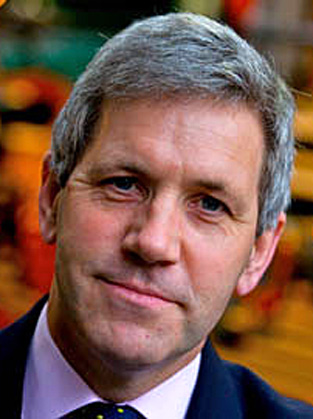 Steve Davies is best known for being the former director of the National Railway Museum.

Steve Davies had had a lifetime of experiences operating in complex and challenging environments. He has held senior positions in the private and third sectors, and in the military, and has an incredible record of achievement in each.

Steve Davies story is one rich in its content and laden with key messages to benefit a corporate audience. His style is calm, assured and very entertaining but his messages are compelling and will help to drive business performance. an experienced high-level international negotiator, Steve Davies is a leading authority on the topics of leadership, diversity, high-pressure negotiation and driving through complex challenges to successful completion.

As a former Army Officer Steve Davies has held a diverse range of roles, including becoming Commanding Officer of his Regiment, and responsibility for the coordination of over 20,000 troops, supported be a budget in excess of £80 million. His roles include acting as a personal military advisor to the President of Sierra Leone (where, on his own initative, in his 'spare' time, developed the Country's railway museum), and posting in Sarajevo and Northern Ireland where he dealt with the civil aftermath and repercusisons of the Omagh bomb. He was awarded the MBE for his services to the military.

In his post-military career Steve Davies has opened the world's first inland surfing centre and has been Director of the National Railway Museum. Sreve is an experienced media interviewee and spokesperson, including an appearance on Top Gear!

Whether it is shipping very large steam locomotives across the Atlantic, or negotiating defence budgets with the Government, Steve Davies has a balanced hand. His experience, insight and vision to 'Ride the Wave' makes him very hot property on the emerging speaker market.

Steve Davies delivered a ’tour de force’ for TLC members and invited guests from University of Liverpool Management School. Steve Davies’s unique experience of life (senior army officer, Director of National Railway Museum and now MD of Surf Snowdonia) made him an utterly fascinating and beguiling speaker. Steve Davies’s huge enthusiasm not only shone through but also his ability to take on ‘Mission Impossible” (yet again) and make it succeed was just the lesson of experience that the audience sought.