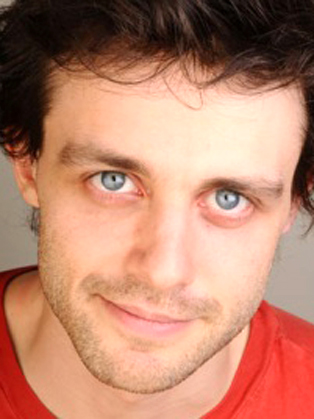 Steve is best known for his role as Blue Peter's resident science expert. He is also known for incorporating humor into his knowledge of science, seeing the development of his hit show 'Festival of the Spoken Nerd'

With his role as Blue Peter's resident science expert, Steve offers a unique ability to communicate science, incorporating humor with his knowledge to generate a compelling speaking talent. This fusion saw the development and success of his hit show 'Festival of the Spoken Nerd'. He is involved with other big names in science, including Brian Cox when hosting Science Live! at the Science Museum.

Steve is a comedian, a scientist and Blue Peter's resident science expert. He also runs the hit science and comedy fusion show, Festival of The Spoken Nerd. He is one half of geeky sketch double act Mould & Arrowsmith.

Steve has a Masters Degree in Physics from Oxford University.

In 2007 he entered FameLab, a national competition to find new Science Communicators.

Since then he’s been heavily involved in science festivals and shows and is now the resident scientist for Blue Peter.

He also runs a monthly night of science and comedy called Festival of The Spoken Nerd, and is one of the Guerilla Scientists.

He recently hosted alongside Brian Cox at Science Live! at the Science Museum.

Steve started performing stand up at university in 2001. That year he reached the semifinals of the BBC New Comedy Awards and the Daily Telegraph New Comedy Awards. He now performs up and down the country.

In 2006 he starred in long running satirical sketch show NewsRevue at the Canal Cafe Theatre where he met Gemma Arrowsmith.

Festival of The Spoken Nerd

“A brilliant presentation, easy to follow and understand and very engaging but really quite original. Would definitely take students to see again.”
“The concepts behind the demos were easy to understand and clearly explained. They lay behind some really innovative and interesting science demonstrations, which had many of the students out of their seats."
“I worked with Steve on a large awards event for the young science community. Steve engaged with the audience perfectly, delivered a continuously high level of energy, enthused the audience and did it all with a great sense of humour. Great guy to work with and won’t hesitate to use him again in the future.”