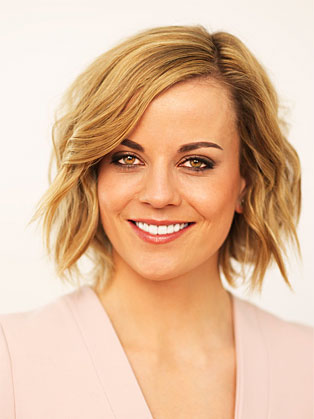 Susie Wolff is a retired British racing driver from Scotland and the first female to race in Formula 1 in over two decades.

After retiring in November 2015 from a long career spanning across a number of different motorsports, Susie Wolff joined Channel 4 for the launch of its F1 coverage as an expert analyst.

After starting in karting at a young age, Susie began her professional career in the Formula Renault UK Championship, where she notched three podiums and was twice nominated for British Young Driver of the Year Award. After a brief spell in Formula 3, Scottish Susie made her name with Mercedes Benz in DTM, the German Touring Car Championship, between 2006 and 2012. It was in this year that Susie moved into F1, being signed by Williams.

Wolff entered as a development driver for the team, holding the position for two seasons before being promoted to a test driver for the 2015 season. At the 2014 British Grand Prix Susie made history by becoming the first woman to take part in a Formula One race weekend in 22 years.

In 2016 Susie launched her own initiative called Dare to be Different in collaboration with the UK Motorsport Governing Body, the Motor Sports Association.