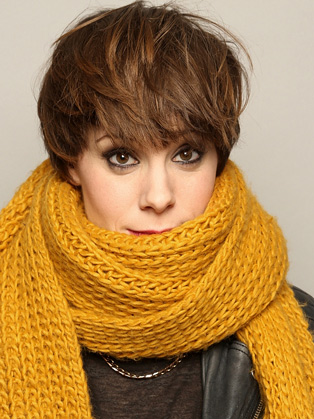 Suzi Ruffell is a comedian.

Performing all over the country, Suzi has quickly established herself supporting Alan Carr, Josh Widdicombe and Kevin Bridges on tour.

Suzi Ruffell began her stand-up career at just twenty-three years old. After only eighteen months of performing all over the UK this bright young comic from Portsmouth was nominated for the Leicester Mercury Comedian of the Year 2011 and awarded second place in the Latitude Festival New Act Competition 2011. Her debut Edinburgh show in August 2012 saw her receive rave reviews and star in BBC Three’s Edinburgh Comedy Fest Live. Since then Suzi has gone on to star in Live at the Comedy Store, LOLz Lounge, as well as numerous appearances on Radio 4 including Fresh From The Fringe.

Outside the realms of stand-up Suzi is a talented actor and writer; one of her sitcoms was nominated for a 2012 BAFTA Roclidde New Writing Award and is currently in development. She has also written additional material for TV shows such as The Last Leg, Mock The Week and 8 Out Of 10 Cats.