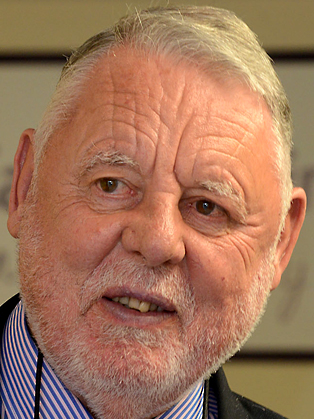 Terry spent 1760 days in captivity in Beirut. Twenty years later he has travelled back to meet his jihadist captors. With spirit and humour intact, Terry shows that hardship can often be a source of strength; he also recalls how one guard unwittingly gave him a copy of The Great Escape.

Whilst negotiating the release of Western hostages as the Archbishop of Canterbury’s special envoy, Terry Waite was seized and taken hostage himself. Held in captivity in Beirut for 1760 days, four years of which were in solitary confinement, his spirit and faith was tested to the limit. The experience also gave him lessons in survival that would change his life forever.

A man of considerable physical and psychological stature, Terry Waite has travelled the world and negotiated successfully with some of its most vilified personalities. In each instance, he demonstrated the tough-mindedness, compassion and grace under fire that makes him as one of the world’s most respected humanitarians.

Waite became a public figure through his hostage missions to Iran and Libya, going head to head with Khomeini’s revolutionary leadership and with Colonel Gadaffi. In each case he was successful. He still works with Y-Care International, a disaster and relief-funding organisation administered by the YMCA throughout the world.

Terry shares insights he has gained from thirty years of international service. As well as throwing light on the various power struggles, particularly in the Middle East, he shows how hardship and stress can be the source of inner strength. He also tells a gripping story, including how he was unwittingly given a copy of The Great Escape.