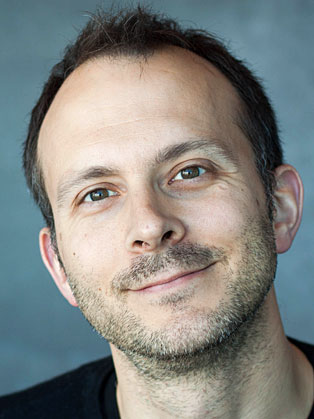 Tim Harford is a world-renowned behavioural economist, an award-winning Financial Times columnist, and a BBC broadcaster.

Described as ‘Britain’s Malcolm Gladwell,’ and by the New Statesman as ‘perhaps the best popular economics writer in the world’ Tim Harford brings storytelling, humour and intelligence to an oft-maligned discipline.

With a knack for finding fascinating explanations for everyday numbers, Tim Harford’s first two books, The Logic of Life and The Undercover Economist, have been translated into 30 languages and sold well over a million copies. His Radio 4 show More or Less looks at the truth behind dubious statistics and manipulated figures.

Whilst he’s a ‘serious’ economist with a career spanning Oxford, Shell and the World Bank, Tim’s FT columns dwell on the economics of daily life and offer tongue-in-cheek solutions to readers’ problems. His first book built on these themes and The Undercover Economist was likened to Freakonomics in its examination and explanation of the workings of everything from coffee shops to organised crime to development aid.

Tim’s other titles include: The Logic of Life which applies economic theory to the world to explain how rational (or otherwise) our decisions are; Adapt: Why Success Always Starts With Failure shows how challenges of all types and sizes can't be solved with simple ready-made solutions - we must learn to improvise and account for the necessity of failure; and Messy: How to Be Creative and Resilient in a Tidy-Minded World which considers why tidiness, organisation and predictability aren’t always the best environments to foster creativity, innovation and achievement.

A regular TED speaker, Tim also looks at why it’s so hard yet so important to learn from mistakes, how to deal with uncertainty, how forecasting works and what to do when it doesn’t, and what innovation really means and why the wrong sort of innovation can be a distraction. Taking in everything from the military to game shows, aviation to ballet, global catastrophes to finding the right socks he questions received wisdom, common sense and statistical certainty. Tim’s accessible, easy style provides entertaining, thought-provoking insights relevant to every person and organisation.

Tim pitched it exactly right - setting out a range of issues our organisation needs to think about when looking at green taxes.