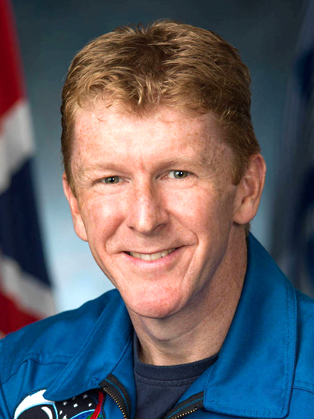 Tim Peake was the first British European Space Agency astronaut to visit the International Space Station for Expedition 46/47, where his work captured the hearts and minds of millions. He has a background as a test pilot and a British Army Air Corps officer and he is also a STEM ambassador and best-selling author. Tim shares all the unique insights on leadership, fear and risk management, motivation and collaboration that his incredible career as a test pilot and astronaut has afforded him. He draws on his own out-of-this-world experiences to inspire audiences with his recipe for mission success and Peak(e) performance. Tim is a champion for science, innovation, exploration and adventure and delights audiences with his fascinating stories of life in space, breath-taking photographs and his unique perspective of planet earth.

At the age of 13, Tim’s dream of becoming a pilot became a reality when he took control of an aircraft for the first time. By the time he was 18, he had already flown numerous solo sorties and been awarded a coveted position to join the British Army Air Corps.

Tim served as an army officer in Northern Ireland before gaining his Army Flying Wings in 1994. He trained as a combat search and rescue instructor, and flew operations to enforce the peace and provide humanitarian support in the aftermath of the Bosnian War.

Tim was part of the team responsible for training the first UK crews in flying the Apache attack helicopter. Promoted to Major and with well over 2000 hours of flying experience Tim became a test pilot and was subsequently deployed to Afghanistan in support of Special Forces operations.

In May 2009 Tim was selected as an ESA astronaut and after arduous training he was assigned to a mission to the International Space Station in May 2013. After many months spent in Russia learning how to operate the Soyuz spacecraft, he launched to space on 15 December 2015.

During his principia mission Tim took part in over 250 specific experiments. He conducted a spacewalk to repair the Station’s power supply, drove a rover across a simulated Mars terrain and helped dock two spacecraft. He was also actively connected with the public back on Earth – his mission focused on educational outreach, engaging more than 2 million school children across Europe in over 30 projects during his time in space. The BBC to celebrate 2016 broadcasted Tim’s New Year message and in April that year, Tim ran the London Marathon from the ISS treadmill, becoming the first man to run a marathon in space.

One of Tim’s most cherished moments of his mission was having the opportunity to talk with the late Professor Stephen Hawking from the ISS. During their hour-long video call, they discussed many topics from their favourite music to quantum physics and the future of humanity whilst marveling at the spectacular view of Earth from space.

Tim’s inspirational evening at the Barbican exceeded our wildest expectations. Tim captivated an audience of all ages with thrilling tales of space and fascinating science lessons. And his touching answer to a young boy who dreamed of being an astronaut moved the audience to tears. Tim’s event deservedly won ‘Best All-Round Event Experience’ at the 2018 Hire Space Awards. We would love to work with him again on another live event.

Tim’s action-packed delivery and relaxed, engaging style had our audience captivated. He provided a fascinating insight into the rigors, challenges, joy and wonder of space exploration and the extraordinary demands of the training and preparation. Tim radiates energy, passion and dedication, combined with friendly, approachable manner and ability to engage and connect with a diverse audience.

Tim’s presentation was both inspirational and impactful, captivating a very knowledgeable and experienced aviation audience with powerful lessons of leadership, dealing with uncertainty and change, and the impact of future technology on aerospace and aviation.