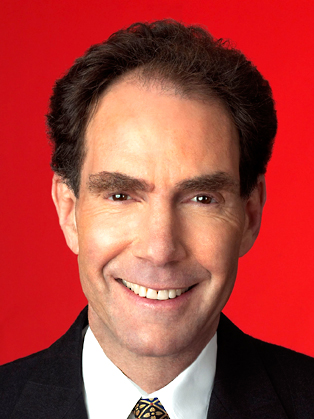 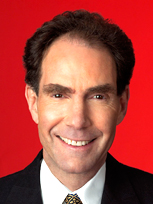 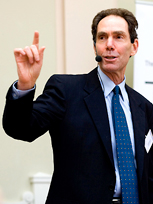 Todd was the anchor, financial and economic expert, and interviewer for CNN for 26 years.

Todd is known around the world for his position on CNN as anchor, financial and economic expert, and interviewer. In his 26 year career, Todd interviewed some of the biggest names in the world, including former USSR General Secretary Mikhail Gorbachev and US President Bill Clinton.

Todd Benjamin is well known to television audiences across the globe. For 26 years he worked as an anchor, correspondent, and financial editor for CNN. During that time he was based in Washington DC, New York, Tokyo, and London.

An award winning journalist, Todd has interviewed everyone from Mikhail Gorbachev, Bill Clinton, Alan Greenspan, and Tony Blair, to Nobel prize winning economists and several of the world’s leading CEOs.

Todd’s wide-ranging international experience and informed opinions, combined with his engaging style have made Todd a sought after moderator and interviewer, often working with the same clients year after year.

Todd works closely with his clients to ensure that their conferences and meetings will be energizing, informative, and effective.

His clients have ranged from Fortune 500 companies to financial firms and private equity firms.

He is known for his insightful questions and pacing of events, and the ability to get the panelists to really probe the issues. Organizers he has worked with say they are impressed with how closely he works with them, how easy he is to work with and how well he connects with the audience.

He always begins a conversation with clients, “What are the main themes or points you want your audience to walk away with, both from a content and branding viewpoint? How can I help assure you that the money you spend on this event reflects well on you and the firm. “

Todd continues to appear on CNN as an independent analyst to provide live commentary and analysis.

A quick note to say thanks for all the good work last week. Having you run the stage gave us one less thing to worry about - with the most crucial part of the event in the finest of professional hands. A pleasure working together again and look forward to the next occasion.

It was a real pleasure for us to work with you, you have lots of experience. We especially liked how you were able to engage the audience during the program. Clients were very enthusiastic about you as well. I also hope that there will be a chance to work together again. Thanks for everything.

Todd, many thanks for your time and contributions to this week's programme. We had a terrifically successful week and your session played a strong role in that outcome. We also appreciate the deep research and planning you put in before the programme - it was clear and paid off.