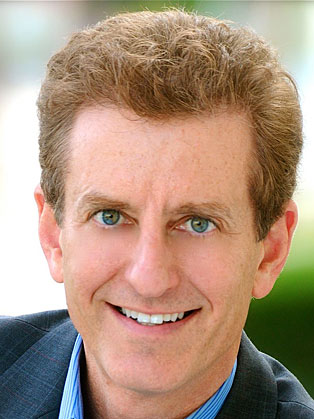 Todd Buchholz is an economist and has served as White House director of economic policy under George H.W. Bush and a managing director of the Tiger hedge fund.

Economist Todd Buchholz “lights up economics with a wickedly sparkling wit,” says the Associated Press. The former White House senior economic advisor, Tiger hedge fund managing director and best-selling author has jousted with such personalities as James Carville and Ben Stein. His lively and informative speaking engagements have earned him a place in Successful Meetings Magazine’s “21 Top Speakers for the 21st Century, and his best-selling books on economics and financial markets have been widely translated and are taught in universities worldwide.

As a frequent commentator on the state of the markets, Todd Buchholz brings his experience as a former White House director of economic policy, a managing director of the $15 billion Tiger hedge fund, and a Harvard economics teacher to the cutting edge of economics, fiscal politics, finance, and business strategy.  Buchholz is a frequent guest on ABC News, PBS, and CBS, and he recently hosted his own special on CNBC. Buchholz has debated such luminaries in the field as Lester Thurow and Nobel Laureate Joseph Stiglitz.

Before joining Tiger in 1996, Buchholz was President of the G7 Group, Inc, an international consulting firm whose clientele included many of the top securities firms, investment banks and money managers in New York, London, and Tokyo, including Goldman Sachs and Morgan Stanley. His commentaries were closely read by officials at the Federal Reserve, Bundesbank and Bank of England. From 1989 to 1992 he served at the White House as a Director for Economic Policy. Buchholz won the Allyn Young Teaching Prize at Harvard and holds advanced degrees in economics and law from Cambridge and Harvard. He was a fellow at Cambridge University in 2009, holds several engineering and design patents and is a co-producer of the Broadway smash “Jersey Boys.”