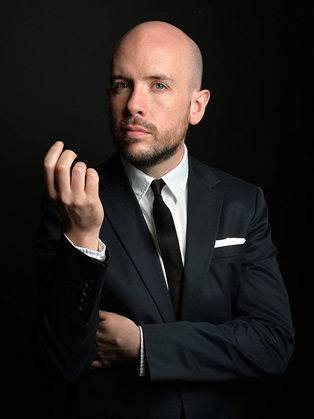 Tom Allen is an English comedian, actor, and writer.

Tom Allen started as a stand up at the age of twenty-two and went on to win both So You Think You’re Funny in Edinburgh and the BBC New Comedy Awards in the same year. Since then he has honed his unique style of sharp, acerbic wit and camp, riotous storytelling by performing to audiences all over the UK and around the world.

Things have been ramping up for Tom Allen lately and in the last three months he made his debut on Channel 4’s 8 Out of 10 Cats Does Countdown and Radio 4’s Just a Minute. He also recorded the Edinburgh special of Loose Ends and was featured in Radio 4 Extra’s round up of the fringe. He also voiced Frankensend in E4’s recent hit series Bad Robots alongside Michael Gambon.

In August he performed his stand up show Both Worlds at The Stand Comedy Club in Edinburgh and his live chat show at The Pleasance Courtyard to packed audiences and received rave reviews. In the past, Tom has performed at Montreal’s Just For Laughs as well as Sydney, Adelaide and Melbourne Comedy Festivals and has supported Reggie Watts and Eugene Mirman in the US.

He has written articles for The Scotsman, The Independent, The Lady and The Guardian and contributed material to The Now Show and Mock the Week whilst Attitude Magazine called him a gay role model.

As a teenager he was the youngest member of the Noel Coward Society.