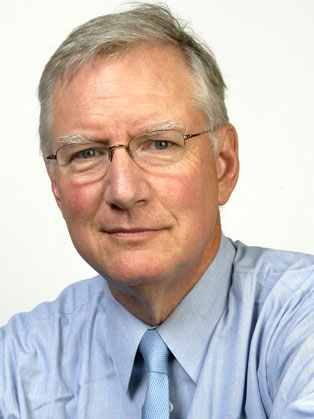 Tom is one of the world's leading management thinkers.

Tom is the co-author of ‘In Search of Excellence’, the book that changed the way the world does business and is often cited as one of the best business books around. Sixteen books and almost thirty years later, Tom is still at the forefront of the management guru industry. Whilst some ‘gurus’ keep on repeating the same mantras year-in, year-out, CNN stated that Tom is one man that is constantly re-inventing himself and finding the newest ways to help business.

Fortune called Tom Peters the “Ur-guru” of management (he doesn’t know what that means either) and compares him to Ralph Waldo Emerson, Henry David Thoreau, Walt Whitman, and H.L. Mencken. And the Economist tagged him the “Uber-guru.” The Bloomsbury Press book, Movers and Shakers: The 100 Most Influential Figures in Modern Business, reviewed the historical contributions of path-breaking management thinkers and practitioners, from Machiavelli and J.P. Morgan to Peters and Jack Welch.

Without much doubt, Drucker and Peters have shaped the idea of modern management more than any others over the last six decades. Drucker is said to have “invented” management as a discipline worthy of study—in particular, he gave management of large firms the essential tools to deal with their post-World War II enormity, complexity, and growing global reach. Peters, in turn, led the way in preparing management for the current era of staggering change, starting in the mid-1970s.

In 1982, with the publication of In Search of Excellence, Peters and Bob Waterman helped American firms deal with a crushing competitive challenge to their primacy by urging them to get away from strategies based on just the numbers and re-focused on the basic drivers of all successful businesses throughout time: people, customers, values-”culture” (“the way we do things around here”), action-execution, a perpetual self-renewing entrepreneurial spirit. As “obvious” as these ideas are, they were, are, and always will be the bedrock and differentiator of excellent enterprise—and subject to constant and remarkably rapid slippage if left untended for even a moment. Peters and Waterman also effectively introduced the world of business to the notion of Excellence per se, a state of mind and daily practice not normally associated with enterprise and an inspiring and pragmatic and profitable aspiration. In short, then and now, the unwavering pursuit of Excellence, from the finance department to after-sales service, in the car dealership and police department as well as the bank branch and aircraft factory, provides the basis for an unmatchable competitive advantage-and acts on one and all as an ongoing spur to path-breaking achievement.

In 1999, In Search of Excellence was honored by NPR as one of the “Top Three Business Books of the Century;” it was ranked as the “greatest business book of all time” in a poll by Britain’s Bloomsbury Publishing and was the most widely held library book in the United States from 1989 to 2006. Peters has followed Search with well over a dozen additional international bestsellers. Among them: A Passion for Excellence (with Nancy Austin); Thriving on Chaos; Liberation Management (acclaimed as the “Management Book of the Decade” for the ’90s); a series of three books in 1999 on the new world of work, including the landmark The Brand You 50, and, in 2003, the provocative, colorful Re-imagine: Business Excellence in a Disruptive Age. Along the way, several Tom Peters biographies have been published, including: Corporate Man to Corporate Skunk: The Tom Peters Phenomenon and Tom Peters: The Bestselling Prophet of the Management Revolution (part of a four-book series of business biographies on Peters, Bill Gates, Peter Drucker and Warren Buffett).

In Tom’s world it’s always better to try a swan dive and deliver a colossal belly flop than to step timidly off the board while holding your nose.”fast company

Peters, who is widely credited with almost single-handedly “inventing” the public “management guru industry,” now global in scope and billions of dollars in size, writes, reflects, and then presents about 30 seminars each year, well over half outside the U.S. (In a four-week period in 2009, he spoke in Korea, Mexico, Turkey, Argentina, and Croatia.) Peters estimates that since 1978, when the work on Searchbegan, he’s given well over 2,500 speeches, flown 5,000,000+ miles, spoken before 2,000,000 to 3,000,000 people and presented in 48 states and 67 countries. Also, since 2004, Peters has devoted significant “at home” energy to the award-winning blog-www.tompeters.com (a “Top 500″ blog designation and 9th ranked among the “Top 150 Management & Leadership Blogs”), and, beginning in 2009, he has actively engaged his global network via Twitter (where he has also made various “top sites for …” lists).

Tom Peters is the most provocative and engaging (as well as annoying and threatening) management guru running loose in America today.”cbs marketwatch

As we were engulfed by the economic crisis in 2008, Peters shifted gears, perhaps downshifted, renewing his dedication to what he labels the “eternal basics” of implementation-execution, among other things a topic of research he pioneered at Stanford in the 1970s. “We create and then get caught up in, me included, an endless parade of fads,” he says, “but while the world is indeed changing, the basics of ‘getting things done through people,’ my great passion, remain the same as they were a hundred, or hundreds, of years ago—and it is failures in implementation that trip us up in 9 cases out of 10, from a primary school in Nashville or Nigeria to ‘nation-building’ in Basra and Baghdad. In business, for example, developing a brilliant ‘blue ocean strategy,’ today’s hot buzzphrase, is all well and good, but make no mistake, engaged and enthusiastic people executing like maniacs in that ocean is the only thing that will keep it blue and keep you sailing with spinnaker full! ‘Excellence in Execution’ was, is, wherever and forever will be Sustainable Competitive Advantage #1.”

This recent emphasis/re-emphasis was marked in March 2010 by HarperCollins’ publication of Peters’ latest bestseller, The Little BIG Things: 163 Ways to Pursue Excellence. The book, praised by leadership guru Warren Bennis as “the best management book I have ever read,” ranges far and wide, discussing everything from the impact of clean restrooms in retail to the power of apology to the sources of human resilience to observations on the economic crisis of 2007++. Though applicable in any circumstance, it is primarily aimed at maintaining one’s wholehearted commitment to Excellence in difficult times riven with uncertainty and ambiguity.

Born in Baltimore in 1942 “with a lacrosse stick in one hand and oars over my shoulder,” Peters resided in California, mainly Silicon Valley (where he was on a list of “100 most powerful people in Silicon Valley”), from 1965–2000. Today, Peters and his wife Susan Sargent live on a 1,600-acre working farm, “always under construction,” in Vermont. His two stepsons, Max and Ben Cooper, are “busy changing the world” in Telluride and Brooklyn respectively.

Peters is a civil engineering graduate of Cornell (B.C.E., M.C.E.), where he is included in the book The 100 Most Notable Cornellians and earned an MBA and Ph.D. in business at Stanford; he holds honorary doctorates from institutions that range from the University of San Francisco to the State University of Management in Moscow—and has been honored by dozens of associations in content areas such as management, leadership, quality, human resources, customer service, innovation, marketing, and design. In the U.S. Navy from 1966–1970, he made two deployments to Vietnam (as a combat engineer in the fabled Navy Seabees) and “survived a tour in the Pentagon.” He was a White House drug-abuse advisor in 1973–74 and then worked at McKinsey & Co. from 1974–1981, becoming a Partner in 1979; he also co-founded McKinsey’s now gargantuan Organization Effectiveness practice. Peters’ chief avocations are “brushcutting in the summer, hiking in New Zealand in the winter, reading history books by the hundredweight, collecting weird friends, talking to cab drivers, visiting Venice and racing George Clooney in accumulating frequent flyer miles.”