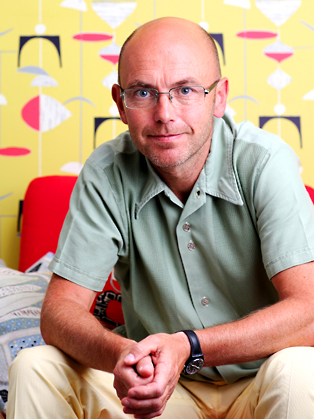 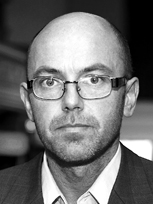 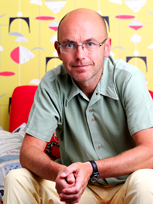 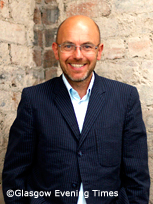 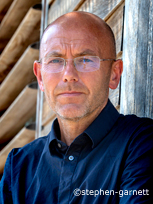 Wayne is recognised as one of Britain's most commended designer, building the label Red or Dead to global acclaim and winning British Fashion Council’s Streetstyle Designer of the Year Award for an unprecedented 3 consecutive years.

With a career spanning four decades in the design industry, Wayne Hemingway has a fair few stories to tell and lessons to give - and people love to hear them. His talks are insightful, thought-provoking, inspiring, often hilarious and always truthful, warts and all.

Wayne Hemingway and his wife Geraldine built Red or Dead into a clothes label that received global acclaim, winning the prestigious British Fashion Council’s Streetstyle Designer of the Year Award for an unprecedented 3 consecutive years in 1996, 1997 and 1998. After 21 consecutive seasons on the catwalk at London Fashion Week, Red or Dead was sold in a multi million sale. Wayne is now recognised as one of Britain’s most commended designers.

In 1999, having sold Red or Dead, Wayne and Geraldine set up Hemingway Design, a multi disciplinary design agency specialising in affordable and social design. The highest profile project to date is The Staiths South Bank, a 800 property mass market housing project on Tyneside where the company are involved from the master planning, the architecture through to the landscaping and marketing. The Staiths has won a series of high profile awards including Housing Design Awards and Building Magazine’s “Best Housing-Led Regeneration Project” as well as a Building For Life and the highest rating of any large scale scheme in a recent CABE National Housing audit.

Hemingway Design are currently working with McDonald's on a long term sustainability project, the first phase of which saw new staff uniforms launched for the London 2012 Olympics. In June 2012, the team were asked to co-curate the official party for The Queens Diamond Jubilee in Battersea Park. Other current and recent clients include Coca Cola, John Lewis Partnership, B & Q, Sainsbury’s, Sky TV, Sony, The Royal Mail, CafeDirect, Hush Puppies, Antler, G Plan and The Caravan Club.

In 2010, Hemingway Design put on a new award winning cultural event, The Vintage Festival. In 2011, this took place in London at Southbank Centre as part of the 60th Anniversary of The Festival of Britain and in 2012 Vintage will take place at Boughton House, Northamptonshire.

In 2009, Wayne launched the “Starter for Ten” programme in Gateshead, which offers creative businesses the opportunity for rent free workspace to encourage town regeneration. He also started the KioskiosK which similarly offers rent free kiosks for creative start-ups.

He is the Chairman of Building for Life, which promotes excellence in the quality of design of new housing. He is also the chair of the South East Design Forum and on the Design Council Trustee Board and the Design Council CABE Committee.

He received an MBE in June 2006 Queens Birthday List. He is also a Professor in The Built Environment Department of Northumbria University, a Doctor of Design at Wolverhampton, Lancaster and Stafford and a Fellow of Blackburn College.

Recently Wayne was involved in setting up "The Land of Lost Content", the world’s first and largest digitised archive of 20th century popular culture as an educational resource. Partnering with Wolverhampton University, the collection contains over 500,000 images from every area of design and also provides detailed historical, social and artistic background information.

He is a writer for architectural and housing publications and has also written three books, ‘Just Above the Mantelpiece’ in 2000, ‘Mass Market Classics’ in 2003 and 'The Vintage Fashion Bible: The style guide to vintage looks 1920 - 1990s', October 2015.

Wayne has been host of many creative industries related awards events, as well as a judge of international design competitions including the regeneration of Byker in Newcastle and Salford in Greater Manchester and the Stirling Prize, Europan and a TV design commentator. His speaking topics include housing, urban design, brand building, marketing, leadership, entrepreneurship, education and the creative sector.

Wayne has recently worked on the 75th Anniversary of the Beano.

I had the pleasure of listening to Wayne Hemingway on Wednesday. He was performing a Masterclass in Events and Festivals - a two-hour presentation to an interested audience - but I wish that I could have somehow bottled his enthusiasm and words and sent them off to every career advisor, teacher and politician in the land.
Thank you for your talk at our awards yesterday - the reaction from the guests was universally positive, and you certainly prompted discussion and debate.

Wayne, what an excellent life story. Really enjoyed where you came from, how you did it, and where it has taken you. Also understanding the social initiatives you are now passionate about was good to hear. There needs to be more people in the world with your values.

Inspirational, funny and engaging is a hard combination to pull off, I think we were all riveted.