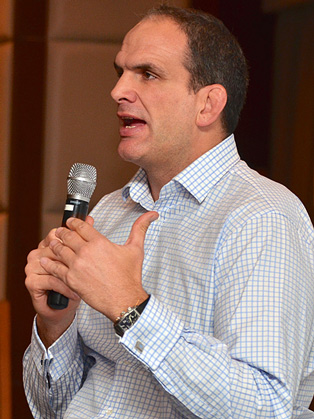 Martin Johnson is best known for captaining England to victory in the 2003 Rugby World Cup.

Martin Johnson is regarded as one of the greatest locks ever to have played, and one of England's greatest ever players. He toured three times with the British and Irish Lions, becoming the only man to have captained them on two separate tours.

Sir Clive Woodward summed up his magnificent career: "I can’t speak highly enough of Martin. He has made an outstanding contribution for his country both as a player and as captain on and off the pitch. He stands down now having achieved everything there is to achieve as an England player.”

Martin is also an expert on the history of Rugby Union, having written a book on the subject. Entitled Rugby and All That. Martin offers audiences considerable insight into the game of rugby and the forces behind his own success both on and off the pitch, delivered with charm and a well placed sense of humour.